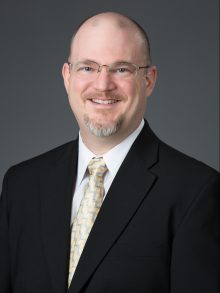 Dr. Ziegler conducts research that aims to develop a fundamental understanding of interfaces in nanoscale systems, with a specific focus on the characterization and manipulation of nanoscale interfaces. Nearly all nanomaterial applications require an interface with other materials, including, for example, electrodes in devices, pharmaceuticals in drug delivery, or body fluids and cells in bioimaging and biosensors. The aim of his work is to manipulate interfaces to dictate the structure of nanomaterials and to control the transport and interaction of molecules at the surface. Once these interfaces and processes can be controlled and manipulated, it is possible to fabricate nanomaterials with novel functionality, improving their integration and performance in several applications. He is currently working on developing colorimetric sensors that detect biomolecules and metabolites, nanoporous materials for controlled drug release, and coatings that prevent biofilm formation on implantable devices.

Dr. Ziegler serves as the Associate Chair for Graduate Studies and recently received the University of Florida Doctoral Mentoring Award.