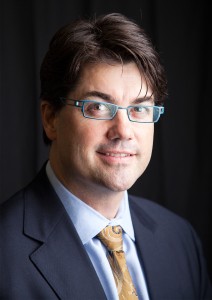 Kelly D. Foote, MD, is a professor of neurosurgery at the University of Florida College of Medicine and co-director of the Normal Fixel Institute for Neurological Diseases at UF Health.

One of few neurosurgeons with fellowship training in both movement disorders neurology and deep brain stimulation (DBS), Dr. Foote has performed nearly 2,000 DBS lead implantation surgeries since joining UF in 2002. He has published more than 185 peer-reviewed research articles in the fields of deep brain stimulation and stereotactic radiosurgery.

Dr. Foote’s current research focus is on optimization of DBS outcomes and novel applications of DBS technology. He and his team at the University of Florida are heavily invested in close-loop neuromodulation and the neurophysiological characterization of functional brain circuitry. Dr. Foote’s National Institutes of Health-sponsored research has included projects applying and optimizing DBS therapy for the treatment of Parkinson’s disease, essential tremor, severe tremor secondary to multiple sclerosis, obsessive-compulsive disorder and Tourette syndrome. He has participated in multiple industry-sponsored trials of novel DBS hardware as well as a trial of DBS for the treatment of Alzheimer’s dementia.

Dr. Foote and his neurologist partner, Michael Okun, MD, founded and co-direct the world-renowned UF Center for Movement Disorders and Neurorestoration, which in January 2019 grew to become the Norman Fixel Institute for Neurological Diseases at UF Health.

Dr. Foote has won multiple teaching awards and was the recipient of the International Parkinson’s Community Service Award from the World Parkinson’s Program in 2015. He has served on the executive council of the American Society for Stereotactic and Functional Neurosurgery and on scientific program committees for the Congress of Neurological Surgeons and the International Movement Disorders Society. He was honored for his academic impact with election to the American Academy of Neurological Surgery in 2012.