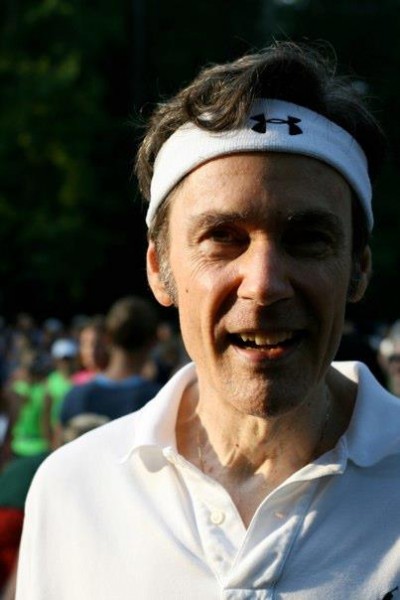 July 4th of this year not only marked the nation’s birthday, but also a victory in the continued battle we are fighting against Parkinson ’s disease. James Hulbert, an accomplished writer, is a patient of our clinic who was diagnosed with Parkinson’s disease in 2008. I first met Jim back in December 2011 for a physical therapy “tune up”. At the time, Jim’s main forms of exercise were qigong and walking. Earlier in his lifetime, he was an avid runner. As Parkinson’s slowly settled in, his running faded. My initial impression of Jim led me to believe that Parkinson’s had robbed a portion of his confidence in his physical abilities. My gut told me that this man was a fighter and would flourish with a bit of encouragement and would not back down from a great deal of physical activity.

Jim soared through a few weeks of physical therapy at Shands Magnolia Parke. He then agreed to participate in an intense exercise study working with Dr. Chris Hass’ biomechanics lab in the Department of Applied Physiology and Kinesiology at the University of Florida. In only 16 weeks of the exercise study, Jim was fully back to an exercise fiend. He joined a gym and now works out nearly 7 days per week.

During one of our monthly follow-up visits, Jim asked me, “Do you think I could run again?” At this point I truly felt there was nothing that would stop this man from achieving any goal he had in mind. I quickly responded, “Let’s go outside and try running.” He tentatively headed down a long breezeway behind the clinic. From the therapy perspective, he is a natural runner. With his form, he appears to glide down the street rather than pound the pavement. We were both surprised how well those pivotal five minutes went. He then shared his ultimate goal of running the Florida Track Club’s “Melon Run 3 miler” on July 4th, which was only a few months away. Coincidentally, I have helped organize this race for the past two years. It was fate, and we both knew it in that moment.

Over the next few months we created a plan that would help increase his cardiovascular endurance and tolerance for running, while avoiding injury. I sent him over to visit my friend Mike Carrillo at Gainesville Running and Walking to get him into some new running shoes. 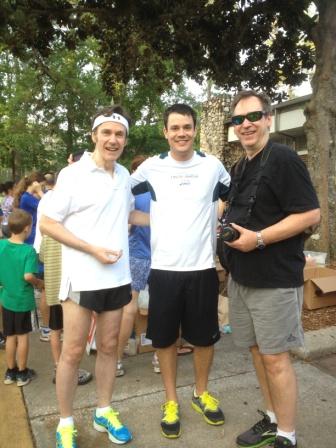 With some flashy new Nike’s, Jim hit the ground running…literally! Over the next few months Jim added a half mile every two weeks, building up to a 3 mile run. July 4th morning came upon us quickly and Jim was more than ready to face the race. The Melon Run is so named because instead of earning a trophy or a medal as a prize, runners are awarded with locally grown watermelons. The race draws runners of all types, from elites to first time racers. There is no better way to start a holiday celebrating our nation’s birthday, than by coming together as a community to run. As the clock ticked toward 8am, Jim gathered in the sea of nearly 500 runners at the start. 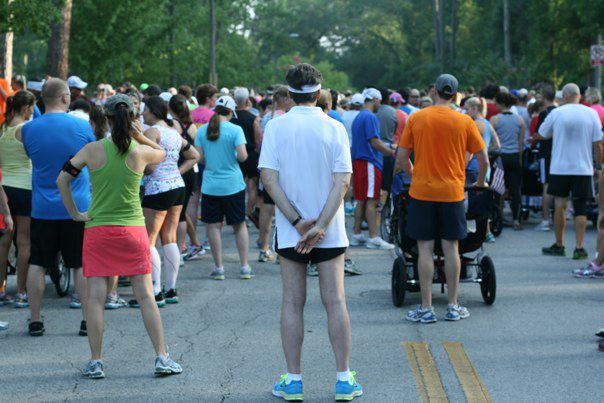 We sang the national anthem as a group and a siren cued the start of the race…the runners were off… and the rest is history. The following pictures and huge smile on Jim’s face depict the success that occurred over the next 39:04 minutes. 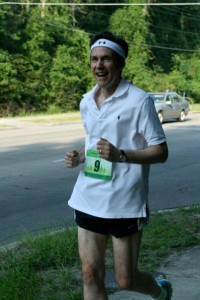 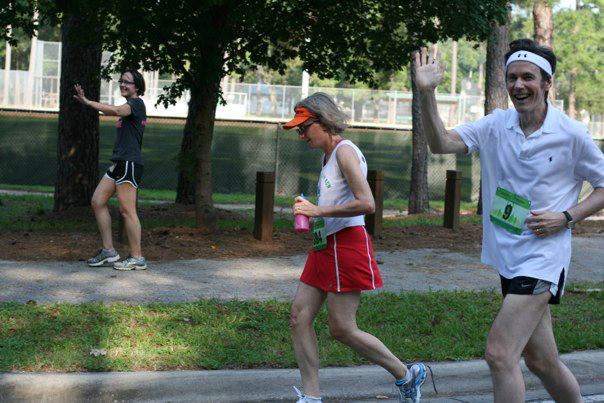 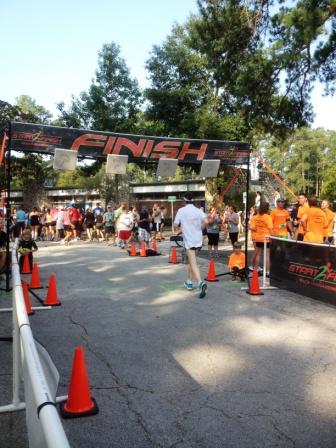 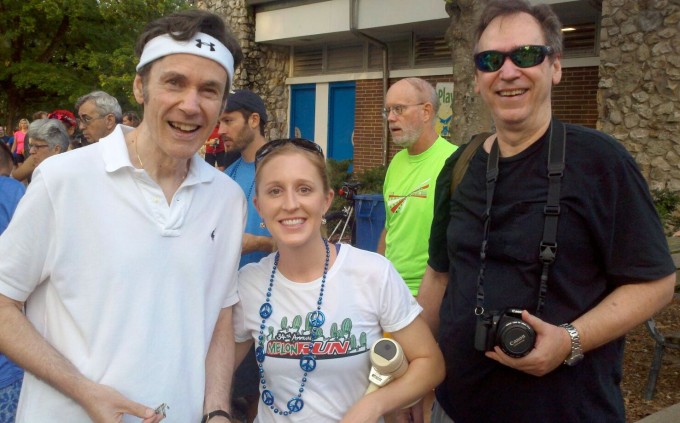 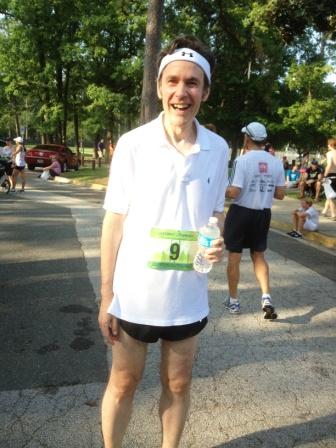 Thank you Jim for letting me share your story and our CMDNR team for making days like July 4th 2012 possible. This year’s Melon Run marked another great victory against Parkinson’s.

What’s next for Jim? He will continue beating Parkinson’s with one foot in front of the other. His next therapy goal will include running a race with his therapist!

Story by: Meredith DeFranco, DPT, physical therapist at the Center for Movement Disorders and Neurorestoration and Shands Magnolia Parke